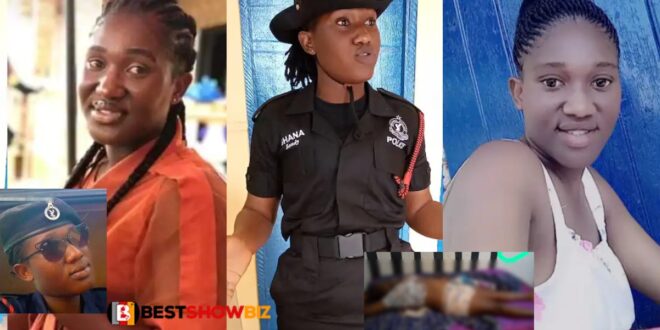 As we reported a few hours ago, Sandra Asiedu, a police officer stationed in the Savannah Region’s Damongo, was discovered dead at her home under strange circumstances after being missing for some time.

According to initial accounts from the scene, Sandra Aseidu was stabbed by her lover for unexplained reasons.

Sandra’s lover came from Obuasi to see her and reportedly committed the crime, according to an Adom TV reporter.

Constable Sandra was discovered dead in a supine posture with bloodstains all over her chest and neck when her door was broken open, clothed in boxer shorts and a women’s vest.

Police in the area have begun a manhunt for the culprit and are asking people for information that may help them arrest him.

We have chanced on some beautiful photos of the late police officer that show how fully she lived her life.