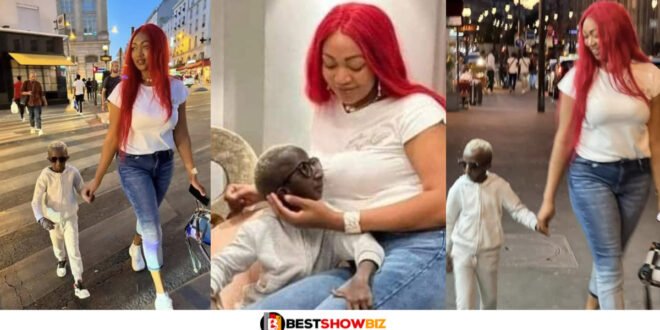 Grand P has a new girlfriend, 5 months after proposing to his curvy Ivorian girlfriend, Eudoxie Yao.

The flamboyant singer was spotted having fun with his alleged new lover, and they both appeared to be content.

At the moment, details about the singer’s new catch are scarce.

The Guinea singer had an on-again, off-again relationship with Eudoxie.

Eudoxie announced her breakup with the singer in July 2021, citing alleged infidelity.

The couple later reconciled, and Grand P proposed to her on live television, but it appears they have split up again.

Read Also  "I want to divorce my husband because he does not cheat, No drama in my marriage"- Lady reveals