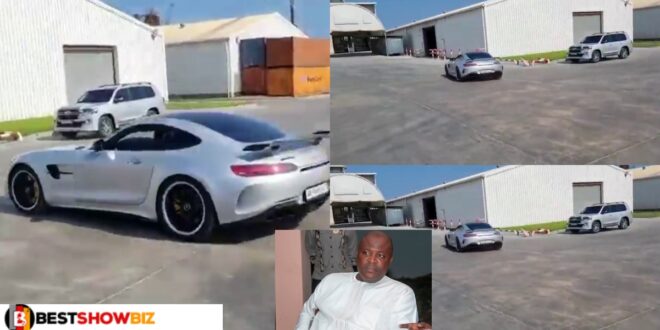 Ibrahim Mahama, the biological brother of former President John Mahama, has captivated his Instagram followers with his superb driving skills in a viral video.

The CEO of Dzata cement and astute businessman was moving his expensive Mercedes car in circles like a Fast and Furious cast in this video, which has received widespread applause from Ghanaians.

A voice can be heard in the background complimenting him on his skills behind the wheel.

The video was shot inside his Dzata Cement plant. Ibrahim Mahama appears to enjoy displaying his driving and riding abilities.

Because this isn’t the first time he’s been caught doing something similar; he was caught doing the same thing on a motorcycle a few months ago.