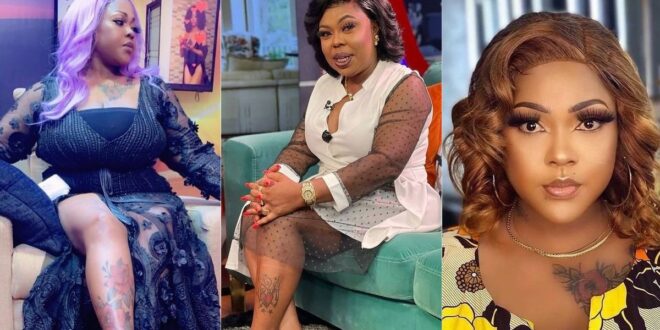 Slay queen Mona Gucci who also doubles as TV host on Kantanka TV, has rained curses on Afia Schwarzenegger and a blogger (Abrewaba Konkonsani) in a viral audio that is making waves on social media.

Mona Gucci in the audio was heard cursing the blogger for an allegation that was leveled against her.

According to Mona, she knows nothing about the issue and that she has given the blogger along with his family members to all the 26 gods in her home town.

She went on further to reveal she has done the same thing to Afia Schwarzenegger because she has been insulting her.