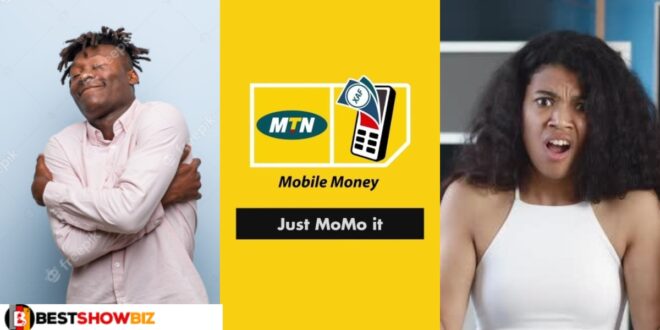 “MoMo charges are high, come Home for the money with a c0nd0m” – Man tells girlfriend who asked him to send her money

Following yesterday’s budget reading by Finance Minister Ken Ofori Atta, it was revealed that all electronic payments would be taxed at 1.75 percent.

Nana Aba Anamoah, Kwame Aplus, and others slammed the government’s decision and pleaded with them not to carry it out.

A young man, for example, has shared a hilarious conversation he had with his girlfriend.

During the chat, his girlfriend requested that he send her $1,000 immediately.

He responded by inviting her to come over to his house with a condom because he refused to pay the fees associated with momo transactions.