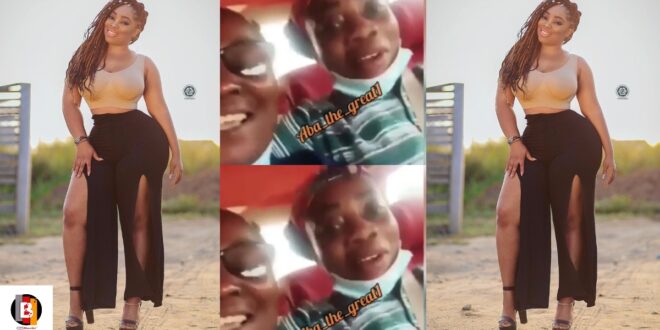 A video that shows the moment former slay queen and actress, Moesha Boduong, who is now a born-again Christian, thanked God for her life has been uploaded to Instagram.

Moesha, who appeared to be quite unrecognizable, was sitting in the front seat of a car with her mother, as they were singing a gospel song in praise of God.

Even though we are all aware of how things were for Moesha Boduong before she surrendered her life to Christ, this recent video of her with her mother demonstrates that she is doing extremely well after her born gain experience.

Many of the socialite’s fans were shocked to learn that she had been born again after she deleted all of her old raunchy Instagram photographs in the middle of the year 2021.

Many who doubted Moesha speculated she had been engaged to a young man whose family was keeping tabs on her spiritual growth in order to give their wedding the go-ahead, hence she was just playing by their rules.