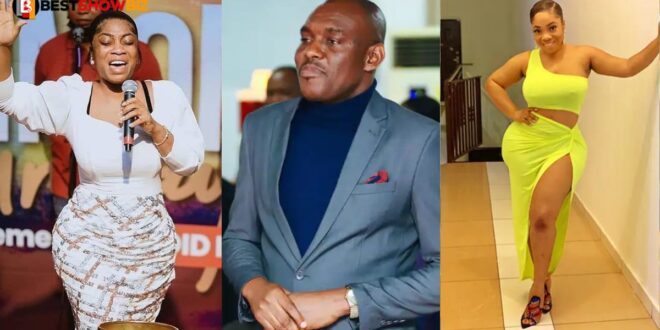 The Revelation Church International, Moesha Boduong’s church, has issued a statement on the actress’s conversion.

Moesha recently revealed that she had seen Jesus Christ and had become a born-again Christian after repenting.

Not long later, she was caught on camera in a viral video confessing about her former life and how she wanted to end it all.

Moesha also said that she had sold all of her cars and homes and was now relying on taxis and ride-hailing services to get around.

Moesha later sold her possessions to contribute to the church that helped her repent, according to social media reports.

According to the claims that went viral, the church had brought Moesha to a secret location.

The church, however, stated in a statement issued on Friday, July 15, 2021, that Moesha was not in their possession.

Despite the fact that Moesha was picked up by the church following reports of her attempting suicide, her family has come for her, according to the statement.

According to the statement, Moesha has been under the care of her family at home since Wednesday, July 14.

below is their statement;