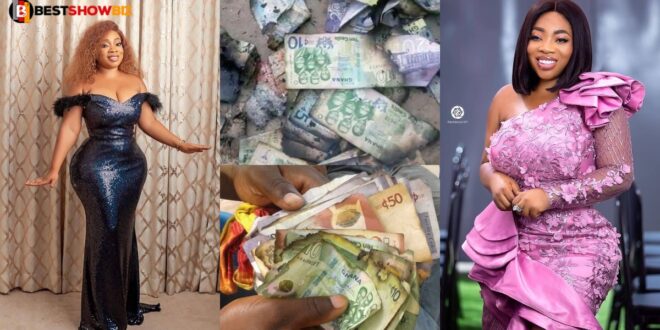 “Moesha Burnt Ghc 50,000 after her pastor told her it was evil money”

According to an alleged phone conversation recording between Moesha Boduong’s “brother” (PA), Nelson, and a woman thought to be Salma Mumin, Moesha’s remorse seems to have done more damage than good, given the enormity of the unfathomable atrocities she committed.

The audio recording of Nelson and the aforementioned lady’s phone call went viral not long ago, and it’s heartbreaking to hear some of the things they said.

According to Moesha Boduong’s purported “brother,” Nelson, in the alleged phone conversation recording, Moesha Boduong burned over GHC50,000 in cash because her newfound preacher said it was “evil money.”

The tape has gone viral, and many people believe Salma Mumin is to blame for its distribution.

Given her rivalry with the previous slay queen, many are asking why and how she got in contact with her “brother,” Nelson.