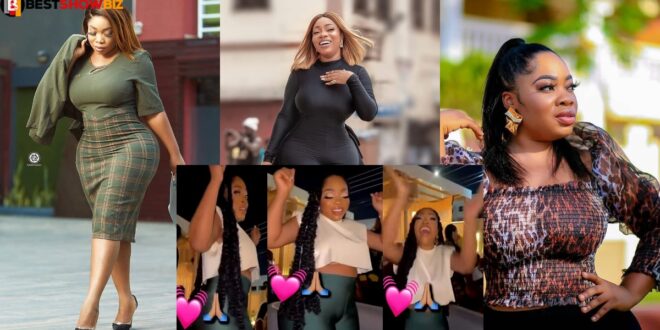 Moesha Buduong, the actress and socialite who has been in the news for the past month after allegedly going [email protected], has been spotted chilling and having a good time in a new video.

The previously retired slay queen was cruising to a song that was playing in the background in this video, which was first uploaded by King Promise’s manager’s wife.

She wore green jeans with a fashionable crop top and appeared joyful and healthy.

Moesha Boduong was rushed to the hospital just two weeks ago after attempting suicide for the second time.

Her illness was previously considered to be spiritual, but based on this new footage, it appears like her demons have left her.

Check out the video below to learn more….