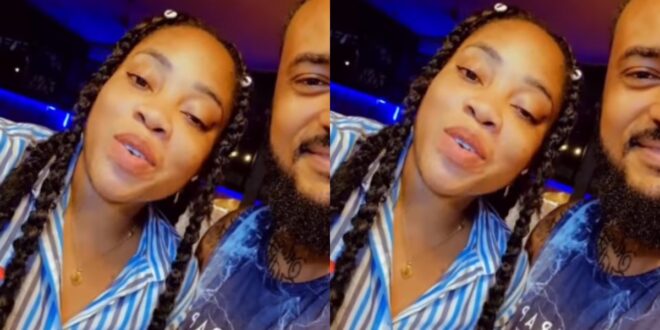 After months of silence, Moesha Boduong has finally made her return to the public eye in a video that has since gone viral.

Moesha appeared in a video for an upcoming show where she would be performing alongside Kwame Owusu Fordjour, popularly known as Dr. UN.

Moesha and Dr. UN are getting ready to bring the house down at the Kani Lounge, which is a dine-in and curbside pickup location in Kanda in the capital.

In addition to Moesha and Dr. UN, there are going to be many other like Giovani Caleb, and Captan and a whole lot of celebrities.

This would be Moesha’s first time participating in something like this in a long time. You may remember that Moesha Boduong emerged from the self-imposed isolation she had taken to attend to her mental health difficulties early this year.

Read Also  Delay Secretly Gets Married? Shows Off Her Wedding Ring In New Photos - Check Out

The anticipation of her appearance is amplified by the fact that we haven’t heard from her since then.