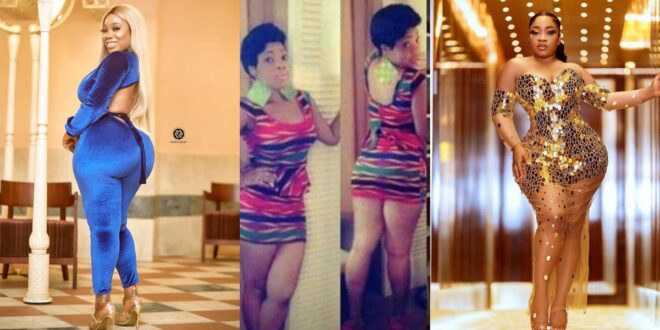 Actress Moesha Boduong has once again opened up on her fake huge butt in the latest interview.

Moesha is one of the few celebrities who have boldly disclosed that they have gone under the knife to enhance their body.

the actress has enhanced her butt for the second time and she received lots of backlash from critics after and even now.

well, speaking about that in a recent interview, Moesha says she does not listen and care about what people say about her fake butt.

she disclosed that she loves what she has done and has never regretted her new change of body.

Moesha further referred that after she went public with her development, big women like pastor’s wives, layers. and even some of her colleagues have also gone for surgeries.

Read Also  " I will take the law into my own hands if the boys are not given life in prison"- father of k!lled 10-year boy speaks (video)