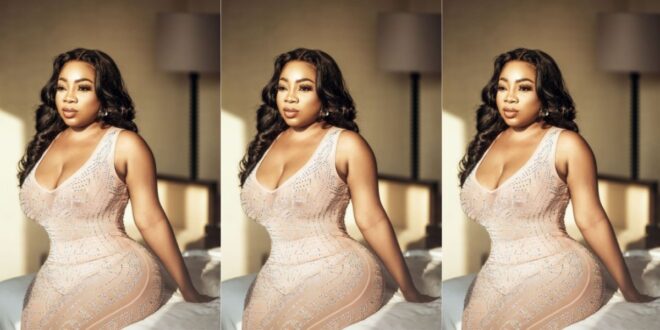 A have chanced on a throwback video of actress Moesha Boduong when she appeared on CNN.

the actress in the video as we sighted during her interview on CNN made a damning revelation on how she is surviving on this earth.

according to Moesha Boduong during that interview, she sleeps with old men for money.

the mother of slay queens disclosed that she has a sponsor who pays for her rent, her car, food almost everything that she needs in an exchange for sex.

Moesha when asked if the said sponsor also has side chicks she boldly said yes, but she gives him sex anytime he wants so she gets whatever that she also wants on this earth from him.

just as we always say, the internet always stores feeds and can be brought out anytime any day, so be watchful of what you upload, and what you do on the internet.

below is the video watch;