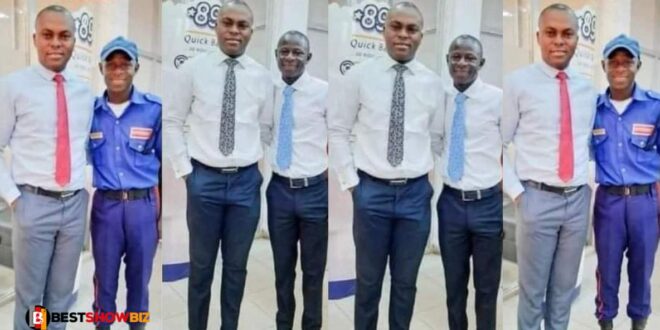 Miracle: Man working as security on Friday becomes a banker on Monday (Photos)

On Monday, a man who began his employment as a security guard to protect a banking facility on Friday had become a banker.

According to a Facebook post, the young man, who was a university graduate and failed to find a job that matched his qualifications, opted to work as a security guard out of desperation to support himself and his family.

On that faithful day, he began working for them as a security guard. The bank was also looking for recruits to fill a vacant position.

The young man who recognized the chance decided to seize it by revealing his job-search difficulties with the bank manager and requesting permission to apply for the position.

Because God is so good, he was given the opportunity and is now a banker.