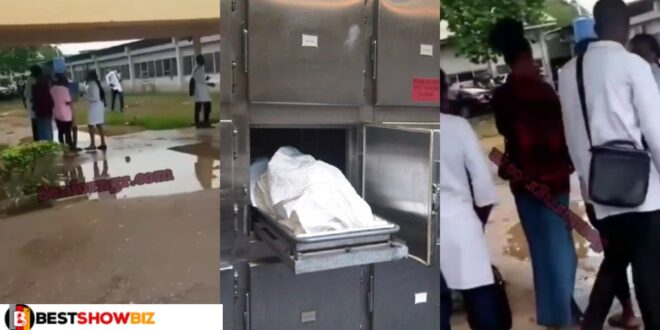 Miracle: Dead lady comes back to life inside mortuary – Video

To the surprise of many in Nigeria, a dead woman has reportedly come back to life.

A viral gossip video includes a story about how a woman who had been declared dead returned to life.

According to reports, the woman was pronounced dead at the University of Benin Teaching Hospital and was taken to the mortuary for final disposition.

When the anatomy students were about to begin working on the ostensibly dead body, she came back to life, causing them to flee in terror.

Later, the students returned to assist the woman, thanking God for the miracle.