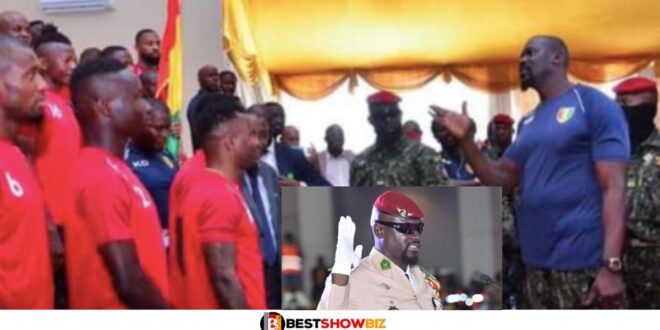 Military President of Guinea warns the national team to win AFCON or return the money invested in the team.

Colonel Mamady Doumbouya, Guinea’s president, issued a severe warning to the country’s national team at a meeting with the players, telling them to win the AFCON or refund their money.

President Doumbouya has stated that he will not allow the Guinean national team to waste their money if they are unable to win the cup and return it to their homeland.

At the team’s send-off meeting, he remarked, “The cup or you refund the money that’s been put in you.”

During the Cameroon 2021, the Guinean squad will be captained by Naby Keita, a Liverpool icon, and will be in the same group as Senegal, Malawi, and Zimbabwe.