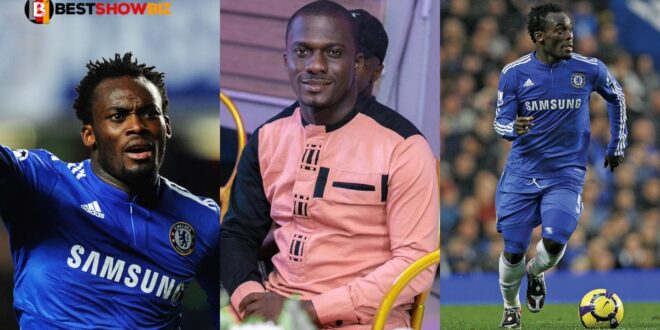 When he signed for the London-based team in 2005, the Ghanaian midfielder, according to the writer, made the club more popular in Ghana.

According to Zion, Essien’s £25 million transfer from Lyon to Chelsea increased Chelsea’s popularity in Ghana.

He claimed that while everyone recognized Chelsea, it was Essien’s transfer that sparked Ghanaians’ interest in the club.

This argument by Zion comes in the aftermath of a public reaction against rapper Yaw Tog for claiming that his remix of Stormzy’s hit song “Sore” made him more successful in Ghana.