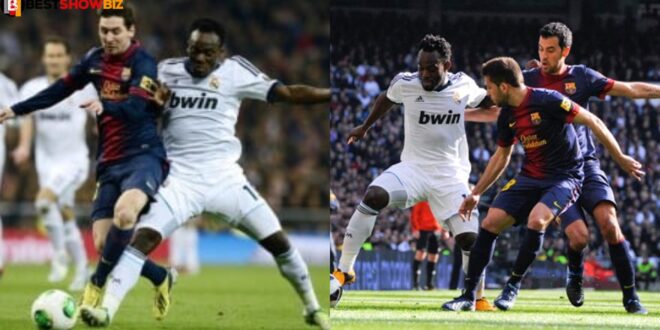 Michael Essien, a Ghanaian football icon, has pleaded with Lionel Messi and Barcelona not to split ways.
Despite not being a fan of the Catalans, the former Real Madrid star claims he can’t believe Messi is going.

Michael Essien, in a message on his social media accounts, urged the club and the player to reconsider since he can’t see Messi playing for another team.

“I am not a fan of @FCBarcelona, but I can’t believe Leo would leave the club; Leo is Barca, and Barca is Leo. I’m hoping for a U-turn in some way.” – uploaded Michael Essien