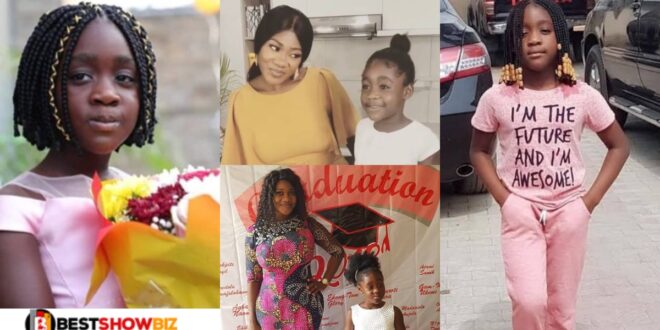 Nollywood actress Mercy Johnson has dropped videos to prove that she and her husband, Prince Okojie didn’t send macho men to their daughter’s school and beat up the headteacher.

As we reported earlier, a lady made a long post on social media claiming Mercy’s complaints of a teacher bullying her daughter are all lies.

this lady also claimed Mercy’s daughter was sacked in her previous school because of her bad manners and disrespect.

Nancy Chidera, as she is called also claimed Mercy Johnson after confronting and insulting the teacher called her husband who also came with macho men and mercilessly beat up the headteacher.

Read Also  The Teen Stars: See the 3 most celebrated teens in Ghana at the moment - Photos

To clear the air, the actress went back to the school and asked the teachers what went on whether she and her husband brought macho men and beat up the headteacher as the lady claims.

Mercy Johnson made sure she put everything on camera for people to see that what Nacy said is all lies.

Watch the video below to know what actually happened in the school. swipe for more…