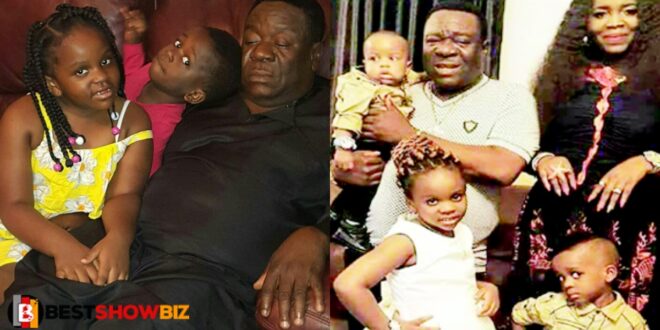 Men with potbellies are very good in bed – Mr Ibu, the father of 13 children claims

Mr Ibu, a veteran Nigerian actor, has debunked the belief that guys with potbellies are not good in bed.

Such assertions, according to Mr Ibu, who has a protruding stomach, are false, since he is living proof.

Mr. Ibu boasted in an interview that he had 13 children from many women and proudly noted that he hatches offspring like pigeons, speaking candidly about his family and private life as well as his function as a father.

He further debunked the popular assumption that males with potbellies are awful in bed, stating that he is an expert in the bedroom and that the fact that he had 13 children from a variety of women proves his prowess in the bedroom.

“Some say that persons with potbellies aren’t excellent lovers or sexually active, but being excellent in bed is a matter of perspective. My response is that I have 13 children (10 males and two girls), one of whom I lost. That is proof of my virility in the bedroom.”

“I don’t deceive my wife. Before I married her, I had children. Many women wanted to have children for me, but I couldn’t afford to build a primary school in my home.” he ended.