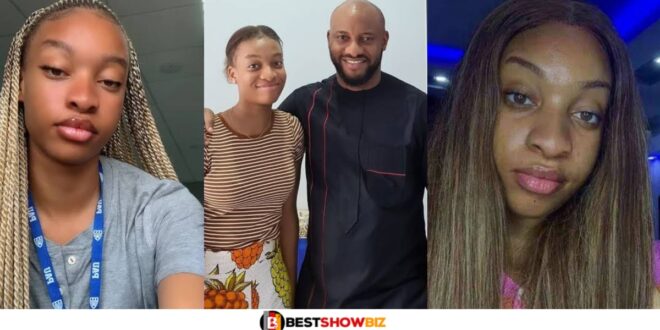 Daniella Edochie, the daughter of Nollywood actor and movie producer Yul Edochie, has posted a message on social media that serves as a caution for women against the deceptive plan of some men.

After all the fuss about Yul Edochie’s second wife, Judy Austin, it seems like his daughter Daniella is trying to get in touch with him by sending him a note.

Remember that a few weeks after the producer made the public announcement that Yul Edochie had married a second time, Daniella indirectly disputed that her father had a second wife in front of the public. This arises as a result of a comment made by a user on Daniella’s post, in which they questioned her about her father. As a response, she remarked, “Don’t equate me with that man.”

In a recent turn of events, Daniela posted a dancing video with a confusing description on her Instagram account. The description talked about how men can hurt women and how women can also hurt men.

Read Also  He Wanted To K!ll Us Too; Man Discloses Secret Behind The [email protected] Of An Innocent Nurse And 1-Year Old Baby