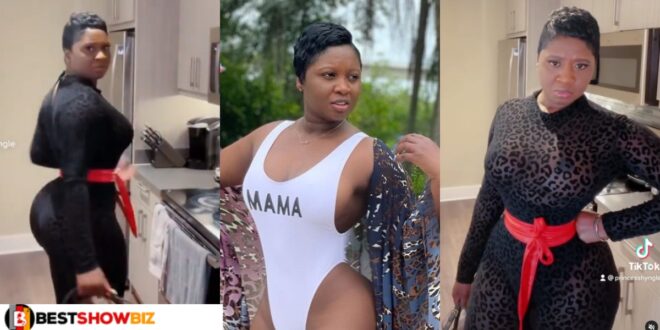 Princess Shyngle, a Gambian actress, believes that men above the age of 35 who are single should be questioned and rigorously evaluated.

She believes that no man in his right mind will choose to be single at the age of 35 or older when he has what it takes to settle down with a woman.

Princess Shyngle stated in an interesting Instagram post that such men could be bisexuals, especially if they have several partners and are continually looking for additional women.

According to her, these men enjoy wasting women’s time and then dump them since they have male sexual partners.

Any man I repeat any man who is doing good in life, is comfortable and in 35 above but not married or never been married but is constantly changing women every minute like pants is a bisexual man and is in love with a young man somewhere.

Most of y’all are the reason there is a lot of single women out there and y’all just using women as cover ups breaking their hearts and wasting their time. Yes I said it come and beat me, start living your truth and get out of that damn closet

Princess Shyngle has had two failed marriages in the last few years. Although she has stated that she is ready to remarry, she has also stated that she has become warier of men.

As a result, she argues that men who are financially secure yet unmarried by the age of 35 are or maybe bisexuals.