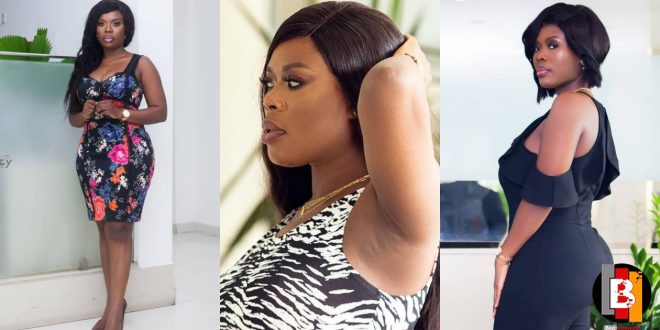 “men who are married should be given uniform, rings don’t work again”-Delay

Deloris Frimpong Manso, better known as  Delay on Ghanaian television, has revealed that the ring that married men are required to wear to demonstrate that they are married is insufficient.

According to her, a uniform should be created for all of them so that they can be clearly identified even while approaching from a distance, allowing females to avoid them.

Delay went on to say that rings are no longer proof that individuals are married since anybody can go to the shop and get one, but the uniform would have a significant impact.

A fan who came across Delay’s post questioned whether she had been dealt with by a married man, to which she answered that she had not, but she is concerned about the pace at which men cheat.

Read Also  Video: I Always Turn Into A Fish At Night To Visit My Family In The Sea - Ghanaian singer reveals