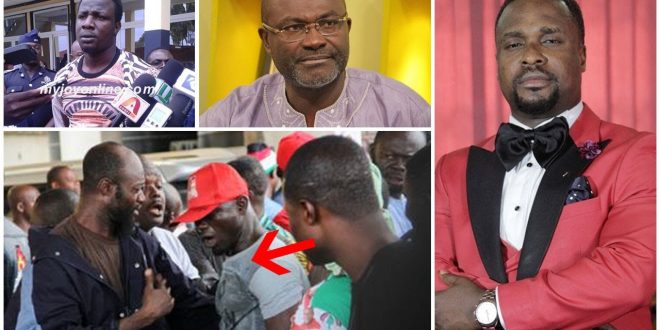 Members of Moment Of Glory Prayer Army (MOGPA) have attacked the Member of Parliament Kennedy Agyapong for exposing their leader, Rev. Osei Bonsu.

As we reported earlier, Kennedy Agyapong as he has been exposing the fake pastors in Ghana has also taken a swipe at Rev. Osei Bonsu of MOGPA.

Kennedy on his TV station disclosed that Rev. Osei Bonsu gets his powers from ‘Juju’.

well, it seems this didn’t go down well for the members of MOGPA as they have risen up on Kennedy Agyapong as they claim they won’t watch him disgrace their leader.

in a video, as we sighted the self-acclaimed members of MOGPA also heavily descended on Kennedy to keep his mouth shut as all his allegations about their leader are all false.