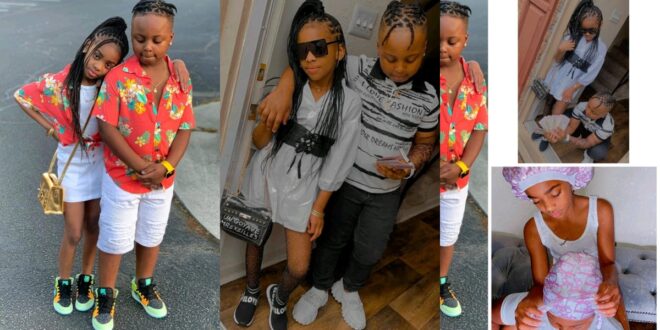 There has been a lot of buzz about these two children who are rumored to be a couple since their pictures appeared on the internet.

The yet to be identified young couples went viral when their love up photos where shared on Instagram which got Instagram users blasting them for their lifestyle, which included the way they dressed.

Majority of people are opposed to this act because they believe they are not responsible enough to embark on a lifelong journey of marriage.

Some of the photos showed the boy and girl dressed similarly, and one photo showed the couple displaying their wealth, as the boy is seen holding a large sum of money.

Read Also  Woman marries her dead husband before he was buried