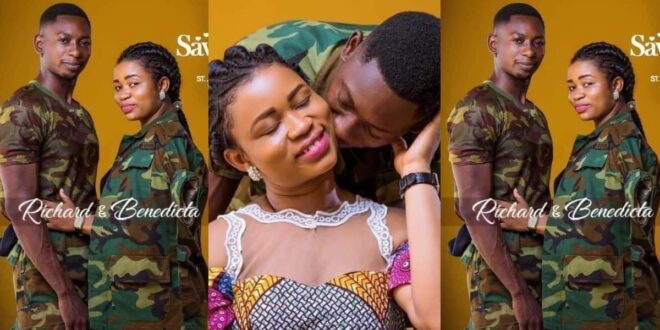 Meet the Famous Couple whose wedding is going viral because of controversies.

On Saturday, March 20, another major wedding will take place in Ghana, this time in Brahabebome, a suburb of Obuasi in the Ashanti region.

The widely awaited wedding has become the subject of debate on social media, sparking many debates in numerous Facebook communities.

What’s the point of all these wedding-related talks and discussions?

According to information obtained from multiple social media exchanges, the groom was dating another woman who had invested her life savings and taken out other loans primarily to ensure that he had a decent life.

She claimed in her narration that after spending GHC 30,000 on the young man, he gave her GHC 500 as part payment for the money she spent on him, but she returned it to him through momo, implying that she needed all of her money.

Read Also  So Sad! Beautiful Lady Dies A Day After Her Wedding - Photos

After years of being with this lady and investing her fortune, Agu Standard AKA Matopa is set to marry another lady.

A variety of people have shown interest in attending the wedding and may like to be a part of the joy of Agu Standard’s newfound love, with whom he has agreed to marry.