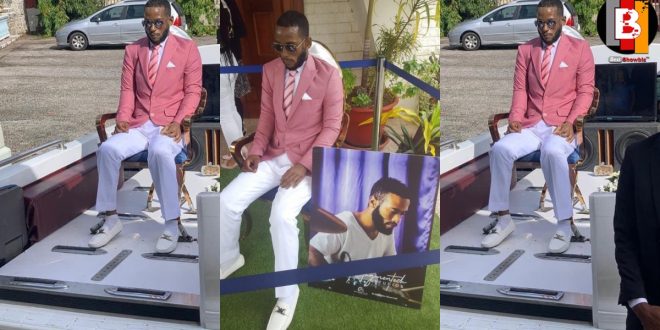 A video of a dead man who sat on a chair on his way to his grave has fast gone viral.

many people are laid in state the way and how they were when they were alive just to show the last respect.

just as that a young dead man has been made to sit down at his funeral and even on his way to his grave.

the video has since caused a massive stir on the internet with lots of mixed reactions.

he was seen nicely dressed in a pink and white suit while he wears sun glasses and sits on a chair.