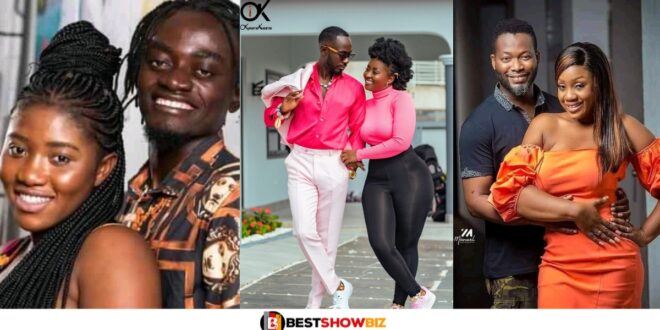 These are Lilwin’s, Adjetey Anang’s, and Okyeame Kwame’s respective wives.

Kwadwo Nkansah, better known by his stage name Lilwin, is a Ghanaian actor. He is both a musician and an entrepreneur. He is regarded as one of Ghana’s best actors. Lilwin is well-known in most Kumawood films for his versatility. As a professional actor, he has won several honors.

Lilwin’s wife is seen below.

Adjetey Anang is a Ghanaian actor who has won several awards. For his performance in the film Things We Do for Love, he is well known as Pusher. He has appeared in a number of films.

He has also appeared in films alongside well-known actors like Jackie Appiah and Majid Michel. Adjetey Anang’s wife is seen below.

Okyeame Kwame is a Ghanaian artist who has won several awards. He has written and produced a significant number of songs. He is regarded as one of Ghana’s wealthiest artists. Okyeame Kwame’s wife is seen below.