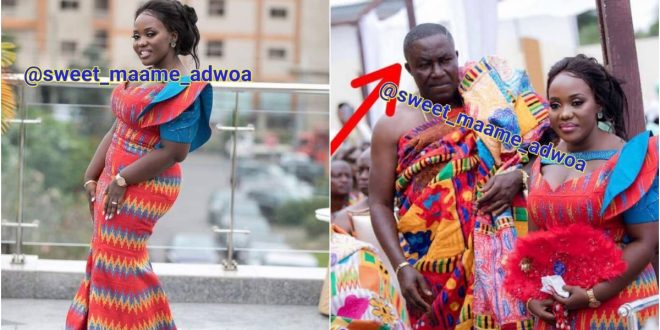 Meet The Beautiful First Daughter Of Osei Kwame Despite – Photos

Osie Kwame Despite is a popular business mogul and better known for his riches and benevolence.

Despite and his family has since been in the news ever since his first son Kennedy Osie had a lavish wedding early this year.

the CEO of Despite Groups is also blessed with beautiful daughters as well and the first daughter happens to be Henrietta Adwoa Shecnk (nee Osei).

Henrietta is said to be 32 years old and married to a handsome gentleman, Kweku Shecnk in 2017.

the beautiful first daughter of Despite according to reports completed her basic education at Merton International School at North Ridge in Accra in 2006.

Henrieta then went to Holy Child School in Cape Coast where she completed in 2009 and went to the University of Ghana Business School (UGBS).

She had a Bachelor’s degree in E-Commerce and Customer Management from UGBS in 2014 and proceeded to the University of Warwick in the United Kingdom for a Master’s degree in Innovation and Entrepreneurship in 2016.

after her completion, she took up an appointment as a relationship officer at Best Point Saving and Loans, one of her father’s companies.

Henrietta is also the sales assistant and administrative assistant at Despite Music Shop and Neat Foods, which are also part of her father’s big business.

below are photos of the said first daughter of Osie Kwame Despite;