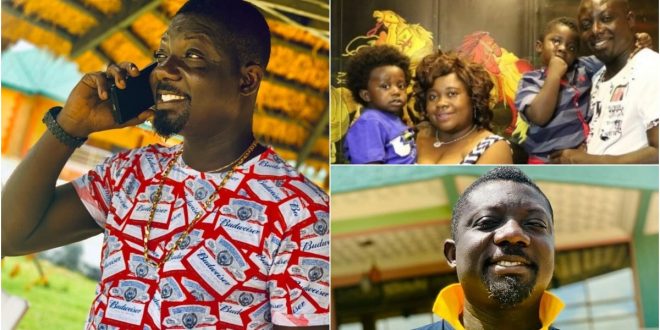 Bill Asamoah is one of the prominent stars in the movie industries whose efforts in no doubt has impacted the Ghanaian movies positively.

He is one of many stars in the industry who never hard a smooth start as he struggled before making it. he did not grow up with his biological parents and that alone gives us a clue of his suffering in life.

He made his success from his acting career, which started with him running errands for the successful actors at the time. he was able to learn from the then prominent actors which he used to boost his acting interests.

He is currently in his late forty’s despite his appearance being younger. he is married to Marian Boakye and their union has been blessed with three children.

Many might have not gotten the opportunity to meet the Adorable Family of this prominent actor so we too the pain to sample pictures that captures the family and it also proves how happy the family is.