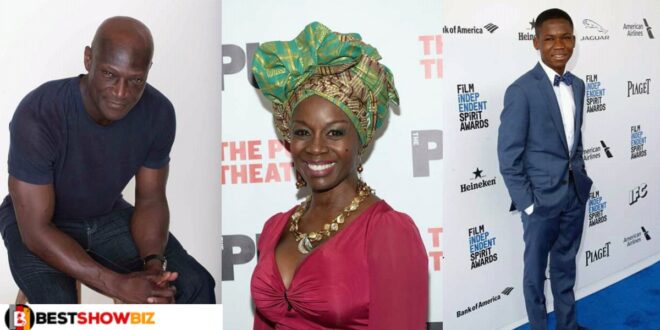 Meet the 5 Hollywood actors who are Ghanaians – Photos

Hollywood is the birthplace of various film genres, including comedy, drama, motion pictures, musicals, romance, horror, science fiction, and battle epics, and has served as a model for other film industries across the United States.

The film industry consists of actors and actresses from other countries, as well as those from the United States.

Some Ghanaians have shown great talent in the Hollywood film industry, which even Ghanaians could not have predicted.

You will learn the names of these top Hollywood actors in this article, who are helping to popularize Ghana around the world.

Abraham Nii Attah, better known as Abraham Attah, is a Ghanaian actor who is pursuing his career and education in the United States. He was born in Ghana’s Greater Accra Region. He made his feature film debut in Beasts of No Nation and has since appeared in a number of other Hollywood films.

Peter Mensah was born in the Ghanaian town of Chiraa, in the Brong Ahafo region. He is now a well-known international actor, best known for his roles in Tears of the Sun, Hidalgo, 300, Dead Space, and, most recently, Spartacus: Blood and Sand, Spartacus: Gods of the Arena, and Spartacus: Vengeance, all of which aired on Starz.

Michael Blackson is a comedian and actor from Ghana. In his stand-up comedy routine, he draws on his African and American experiences. Because he speaks with a slight Ghanaian accent, you might be able to guess his nationality if you listen carefully. Michael Blackson’s most notable onscreen performance was as “Angry African” in a comedy film that catapulted him up the acting ladder.

Joey Ansah is the son of Kofi Ansah, a well-known Ghanaian fashion designer, and his Devon-born wife, Nicola. His sister, Tanoa Sasraku-Ansah is a visual artist, his brother, Ryan Ansah is a musician, and his uncle, Kwaw Ansah is a film director.

Akosua Gyamama Busia, the former Prime Minister’s daughter, is best known for her role as Nettie Harris in the film “The Color Purple,” in which she co-starred with Whoopi Goldberg.