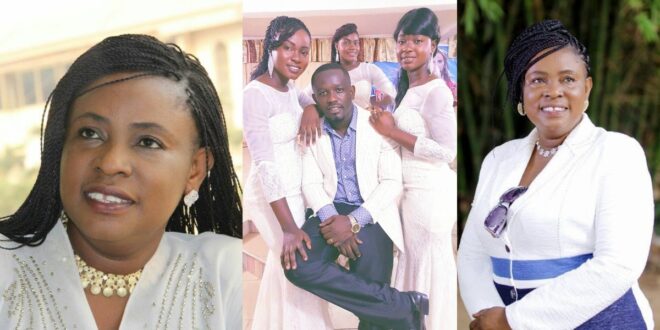 Meet the 4 lovely kids of Mama Esther after she was considered barren for many years.

Musician mama Esther is considered by many as the best Gospel musician ever to have come out of Ghana, even though this might be debatable, there is no doubt that her songs has made a major impact in the lives of many.

She was considered barren sometime ago when she got married and it took almost 5 years before she could conceive her first child.

She has been blessed with 4 kids now, 3 girls and a boy who happens to be the last born.

see pictures of them below.