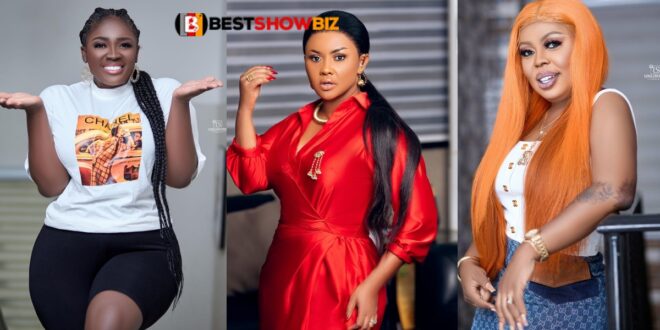 There is a saying that education is the key to success. People feel that going to school is the best way to prepare any other individual for success as a result of our societal progress. Meanwhile, these celebrities, particularly women, have disproved the theory since they have made it in life.

Nana Ama Mcbrown is a very successful businesswoman, a corporate ambassador, a host, a TV presenter, and an actor. Mcbrown did not finish high school, but she developed a passion for performing. She went to a business college after perfecting her talent. Nana Ama is now a huge admirer. She also has millions of Instagram followers for her lavish lifestyle.

Tracey Boakye; Tracey is also an actress. She also claimed to be the landlady of Legon Estates, despite her efforts and hard labor. Tracey is the proud owner of a multi-million dollar house in East Legon. Her history, however, revealed that she had dropped out of Angel Educational Institute at SSS2.

Afia Schwarzenegger: Of all the updates, the only one that mentions Afia’s past is when she was in her primaries, but not at the senior high level. But she is also bringing it to life.

These celebrities have demonstrated that you can be successful whether or not you have received formal schooling. Just be determined and focused.