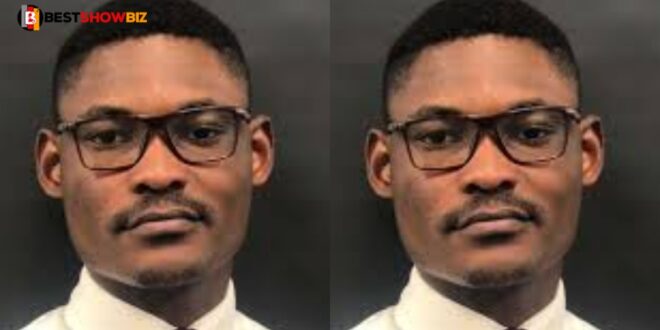 President of Graduate Students at Ohio University in the United States of America, Elikem Joseph Kofi Ziorklui, has been chosen.

Mr. Ziorklui is the first Ghanaian to be appointed to such a prominent post at the elite institution.
Ben Dotsei Malor, a former British Broadcasting Corporation (BBC) Deputy Editor, broke the news in a Facebook post, revealing that Elikem will be in charge of all postgraduate students.

Elikem, a native of Atiavi in the Volta Region, started off as the Senate’s Treasurer a few months ago but was rapidly promoted to President.

At Ohio University, he is now earning a Master’s degree in Financial Economics. He holds a Bachelor’s degree in Banking and Finance and an MBA in Accounting and Finance from Ghana’s University of Professional Studies, UPSA.
The Graduate Student Senate represents the interests, concerns, and needs of the University’s 5,000+ Masters and Ph.D. students.

Ohio University, located in Athens, Ohio, is a prestigious public research university. The first university in Ohio and the first to be chartered by an Act of Congress.