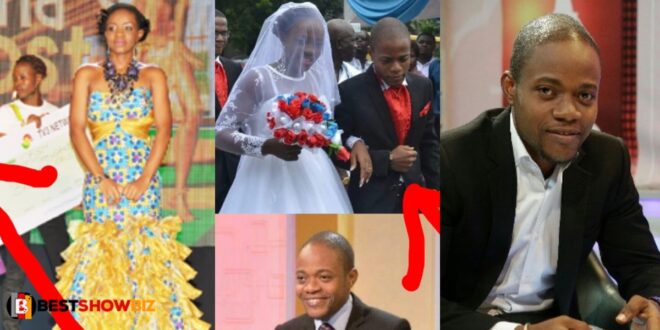 Meet Konadu, the only GMB contestant to leave the show with a TV3 presenter as her husband

In 2008, Konadu, then representing Brong Ahafo Region on TV3 in GMB, came in second place.

We all remember how creative and enthusiastic she.

She is the only Ghana’s Most Beautiful candidate in history to leave the house with a husband, We haven’t figured out how Konadu ended up with Joel Acheampong, a newscaster at TV3, as a boyfriend yet.

The two were married in a lavish and colorful ceremony, which was widely publicized at the time. , and they own and operate a successful restaurant in Accra called MUMMIES KITCHEN.

Because of Konadu’s and her husband’s combined experience, the two formed a partnership to organize their own beauty contest, which they named FACE OF APO.

Konadu and her husband Joel Acheampong spent most of their time on Facebook, documenting their adventures.