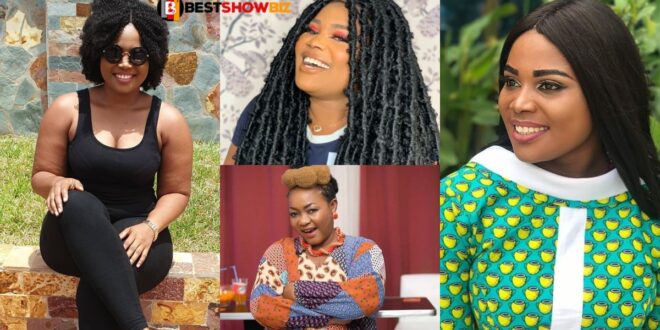 Meet Janet Lamptey, The Beautiful Daughter Of Christiana Awuni Who Is Endowed Just Like Her

Christiana Awuni is a dedicated actress who helps to maintain the profession in shape.
Despite being a celebrity, she has managed to keep her personal life relatively quiet, with very little known about her life other than her supposed relationship with the late Bernard Nyarko.

Despite the fact that she is not married, the actress has revealed that she is a mother. Our research indicates that she has a son as well as a lovely daughter named Janet Lamptey, about whom we will speak today.

Janet Lamptey is endowed in the same way as her mother, with a gigantic booty, massive thighs, and gorgeous frontal oranges. To top it all off, she has a stunning face.

Interestingly, Janet, like Christiana Awuni, is an actress who has appeared in a few films. She is a plus model as well as a video vixen.