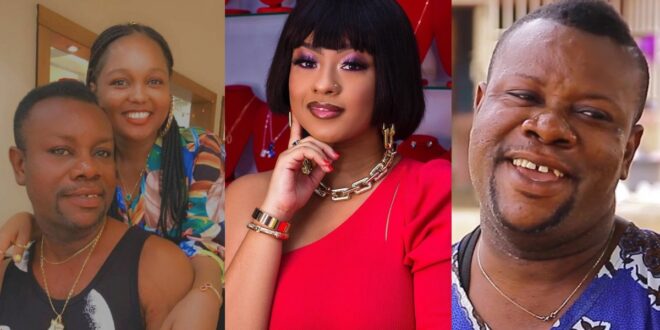 In recent years, the Kumawood film industry has seen the likes of Kofi Adu’s famed Agya Koo take over from the late comedian Santo. About the fact that some comedians took over the Kumawood movie business, the industry began to die, but more actors and actresses have emerged, one of whom is Nana Yeboah.

The Kumawood actor Felix Nana Yeboah, who is known in real life as Felix Nana Yeboah, had to work hard to get to where he is now. As a way of life, he says he has to sell “Poki,” broom, charcoal, and fried yam on the streets of Bantama.

While nothing is known about the comedian’s personal life, we have learned that he has a lovely daughter. Ellacadie, his daughter, often posts pictures of herself with her father on her various social media pages. We were able to get some photos of this lovely girl, and believe me, she is beautiful.

Ghanaian TikTok celebrity Explains why she is a les[email protected]