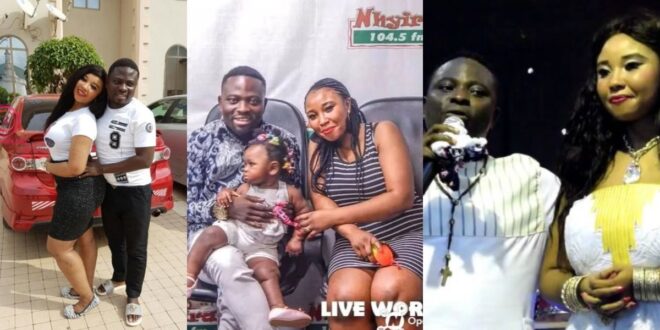 Meet Brother Sammy’s Lovely Wife, Who He Is Disgracing everywhere.

The singer has caused a lot of debate by sharing information of his personal life and other controversial subjects that should be kept secret!

Brother Sammy recently revealed that the first time they made love to each other, his wife had no emotions.

Nothing worked on his wife, according to Brother Sammy, until he buried his head somewhere and started using his tongue.

Brother Sammy didn’t stop talking until he had shown the public every detail of the scenario.

Despite Brother Sammy’s initial apology, we’re left asking what sort of loving woman she is to put up with all of this!

The pictures of Brother Sammy’s wife are below: