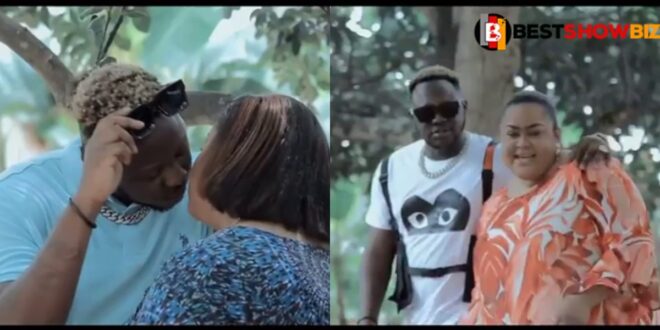 If Fella Makafui sees this sensitive video, she and her husband, Medikal, will undoubtedly have a disagreement.

Medikal is seen making love to lovely Vivian Jill in a video circulating on social media – he hugged her first, then kissed her.

Despite the fact that the video is believed to be a clip from Lilwin’s yet-to-be-released Cocoa Season Series, fans can not stop talking about it.

They feel Fella will be furious with how the movie ended.