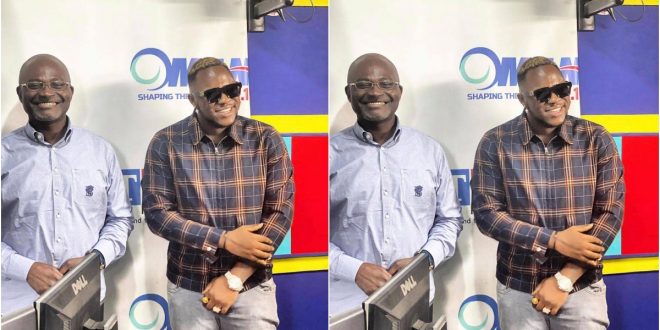 Rapper Medikal has revealed on countless platforms that he idolizes and will like to meet the member of parliament for Assin Central, Hon, Kennedy Agyapong because of how rich he is.

He expressed his desire to meet him one of one so they have a discussion.

It appears Medikal’s dreams have come to pass as he was spotted with Kennedy AGyapong in the studios of Oman FM yesterday.

Medikal was all smiles when he met the member of Parliament.