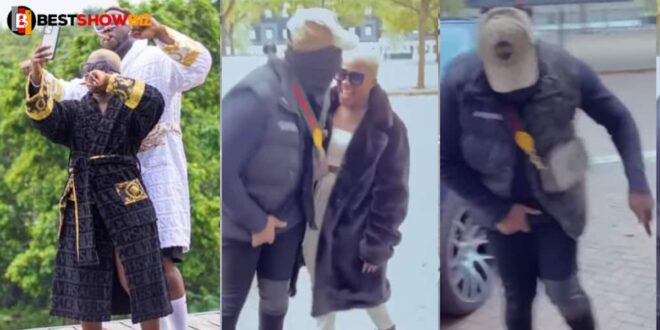 Medikal appears to be spending the night in police custody after being apprehended for brandishing a gun in a video posted on social media.

On Thursday, October 21, 2021, members of the Accra Regional Police Command arrested the rapper.

Medikal has been denied bail, according to reports gathered, and will be arraigned in court on Friday, October 22nd, 2021.

Earlier, the ‘Accra hitmaker’ was seen with his wife, Fella Makafui, at the charge office of the Accra Regional Police Command.

According to our sources, Medikal has been transferred from the Accra Regional Police Headquarters, where he was previously detained.