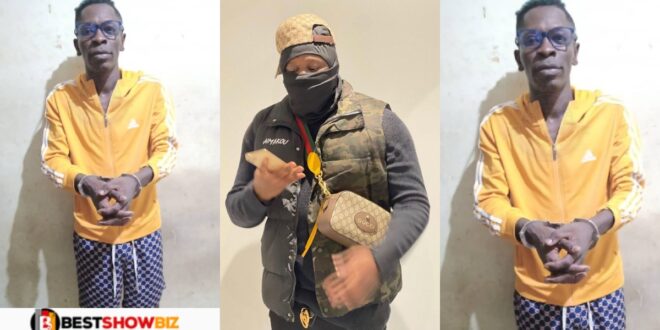 Medikal And Shatta Wale To Appear Before Court Again Today

Shatta Wale, a Ghanaian dancehall singer, was arrested along with three other accomplices after they were believed to have staged a false shooting after a man of God prophesied his death.

Shatta Wale and his three companions were arrested around a month ago and were held into the Ankaful prison for a week before being granted self-recognition bail and a bail charge of GH100,000 bail apiece on Tuesday, October 26, 2021.

Shatta wale’s case was then scheduled to reappear in court tomorrow, Tuesday, November 9, 2021, for the next hearing.

In other headlines, rap artist Samuel Frimpong, popularly known as Medikal, was arrested and confined to the Ankaful prison for five days after being caught on social media brandishing a gun.

Medikal was also given bail of GH100,000 with one surety by the judge and ordered to appear in court again tomorrow, November 9, 2021.