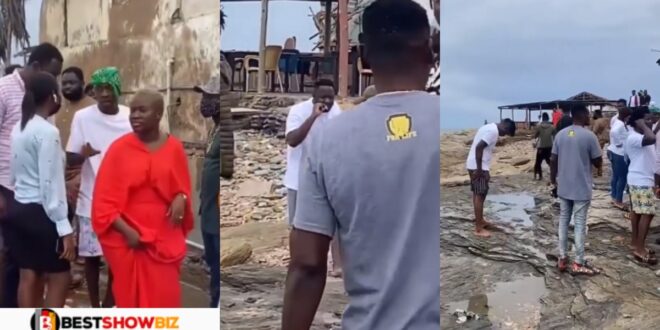 A viral video shows two Ghanaian musicians, Shatta Wale and Medikal, at the beach doing self-cleansing rituals after being given bail of Gh100,000 apiece.

Shatta, who was arrested and remanded in the Ankaful prison after faking being shot, was joined by Medikal, who was also apprehended for waving a gun, as they performed a self-cleansing ritual at the seaside.

The video, which has since gone viral, shows both of them in their boxer shorts, pouring seawater over themselves.

According to accounts, the cleansing at the beach is intended to seal their bail and finally prohibit them from sleeping within the frigid jail walls.