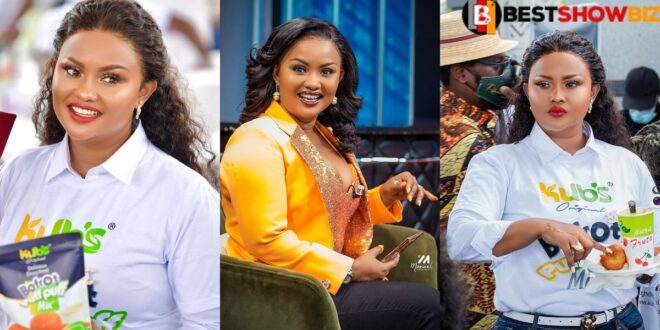 McBrown: Video Capturing the many Different aspects of the renowned Actress (as a mother, wife, and Others)

Nana Ama McBrown, a is a true legend. Her charisma extends beyond the film business.
The actress is involved with a number of enterprises, including those she has collaborated with others and those for which she acts as a brand ambassador.

The well-known Ghanaian actress is a fashionista in addition to being a businesswoman as she always looks good in everything she wears.

McBrown and Maxwell Mensah have been married for six years. The pair recently returned from a vacation in Dubai, where they shared some stunning photographs.

In this write piece, we’ve put together a videos that depicts Nana Ama McBrown’s many facets as a wife, mother, cook, entrepreneur, boss chic, and everything else. Watch the video below: