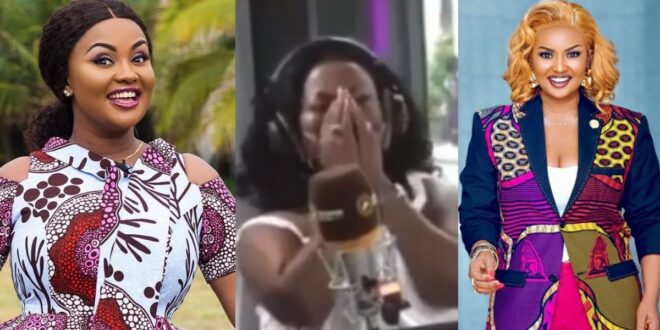 Nana Ama McBrown dabbled in music years ago, didn’t you know?
The live music she performs every Saturday of the month on United Showbiz did not begin today.

She was a guest on Yaa Ashorkor’s show on Asaase Radio in Accra yesterday, and the DJ surprised her.

They played music that Nana Ama McBrown had recorded years earlier when she tried her hand at music.

The song was recorded nine years ago but never released, according to Nana Ama McBrown, who was taken aback by the DJ’s discovery of the unreleased hit.