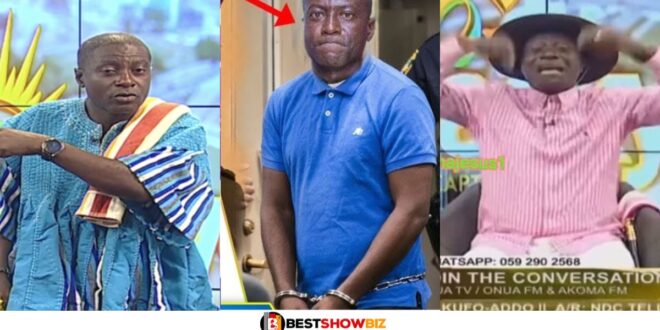 According to recent reports, the National Security has taken Godsbrain Smart, a media general broadcaster for Onua TV, into custody. On the evening of Wednesday, October 19, 2022, he was detained on his way from the office to his home.

A post confirmed by Oliver Barker-Vormawor, Fixthecountry Conveyor, he wrote;

‘Captain Smart was arrested violently by National Security over a broadcast pointing the finger at the President for his involvement in and indulgence of Galamsey. “

A brief video that was distributed by Onua TV also provided confirmation of his arrest. The reason for his arrest is that he claimed a few days ago that President Akufo-Addo himself is even involved in galamsey. This led to his arrest. After that, he received a warning letter from the Presidency stating that the allegation had been sent to the National Media Commission for investigation.