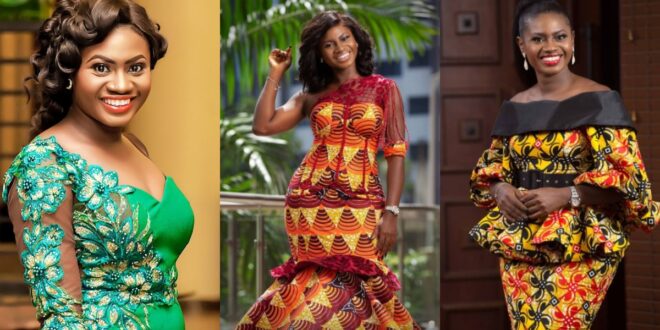 I will marry in God’s own appointed time – Martha Ankomah

Popular and beautiful Ghanaian actress Martha Ankomah has opened up once again on her relationship status.

according to the actress who is not pressured at all to get married, she does not have a man in her life right now.

According to Martha Ankomah in the studios of Kingdom Plus FM, she believes in God’s own appointed time, he will give her a man.

the GTP ambassador says society should stop pressuring people to get married and wait for their time to come.

“One should not be forced into married“, she said.