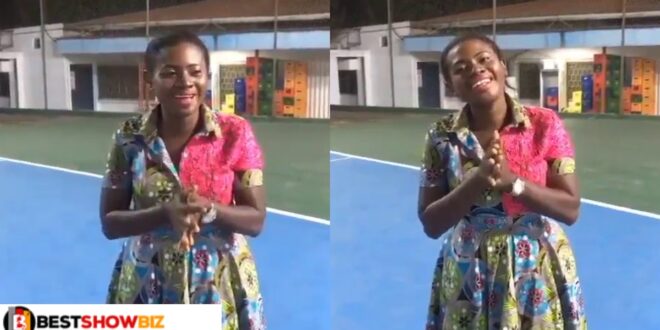 Martha Ankomah has surfaced in a new video, looking as if she is just months away from giving birth and the video has caused a huge stir online.

Fans of the Ghallywood actress were taken aback and happy at the same time after the video of the actress’s alleged pregnancy went viral.

The video which was targeted to advertise one of her forthcoming projects sees Martha Ankomah dressed in a ‘pregnancy’ gown which is believed is to conceal any baby bump that may have developed in her belly.

Fans who see this are persuaded without a reasonable doubt that Martha Ankomah is pregnant, and nothing can convince them otherwise.

Read Also  Two female pastors shock the world as they happily get married, they claim God instructed them to marry.

The controversy began when the infamous Instablogger thosecalledcelebs shared the said video of Martha and asked if she was the only one who noticed the bulge.

The video caused a quake in the comments of people convinced that Martha is expecting.