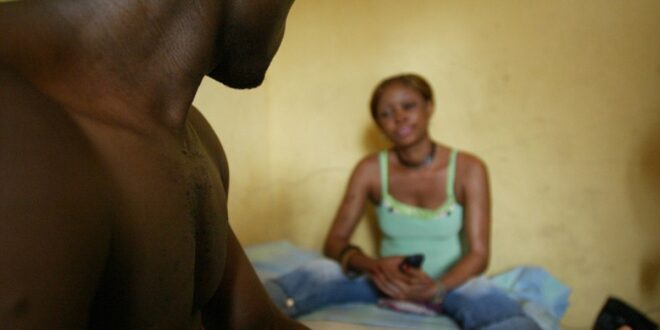 A Nigerian married woman identified only as Gifty has shared her ordeal on what she is going through in her marriage and has cried out for help.

below is her story;

My name is Gift and I just got married three months ago but I am already fed up because my husband’s manhood is so big I suffer tear every time we make love.

I know many women will read this with a pinch of salt while others, like some of my friends, will say I should be lucky that my husband is so endowed and can satisfy me in bed.

But it is not about sexual satisfaction here, it is about the pain I go through during sex.

I grew up in a strict home where our parents monitored us and any discussion of the opposite sex was seriously frowned at. I did not have a boyfriend until I was in my third year in the university and even at that, I never had sex till my youth service, at 25, and it was not a pleasant experience.

After the first time, I had sex not more than five more times before I met Joseph who later became my husband. I met him during a seminar I attended in Port Harcourt and was swept off my feet at first glance.

Since he was based in Abuja, we managed to maintain a long-distance relationship and only got to see each other whenever he came to Lagos, which was not often.

Our first night together was quite horrible but he reasoned that it was because I had not been exposed. He told me never to worry, as I would get used to it with time.

We managed to cope till we got married and that was when my nightmare started. Sex with my husband has been hellish and I always dread such moments. We have tried lubricants to make me wet but it seems my tight private part is not just made for him.

We are both living like strangers and I dare say it is just a matter of time before the marriage crumbles.

What do I do to make my marriage work?