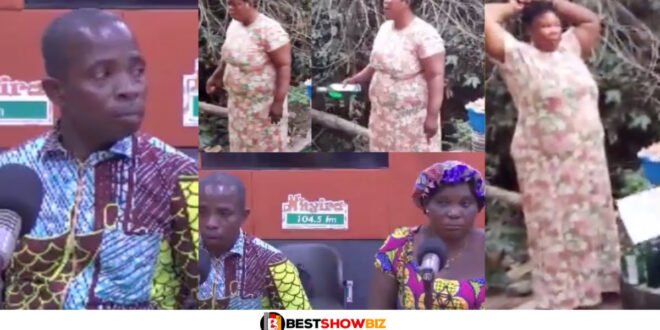 A lady went to a neighboring river to blame her partner for chopping her trumu when they were having intercourse as married couples.

The woman in question confessed that her husband had chopped her through the anus against her permission, leading her to purchase a crate of eggs and travel to a nearby river to curse him.

The pair that appeared on Nhyira Fm’s Obra confirmed that the event occurred, however, the man describing what happened disclosed that he was under the effect of alcohol at the time.

The man, who appeared to be regretful for his conduct, admitted that he didn’t realize he’d had sex with his wife via her trumu until much later on, and since that time it has never happened again.