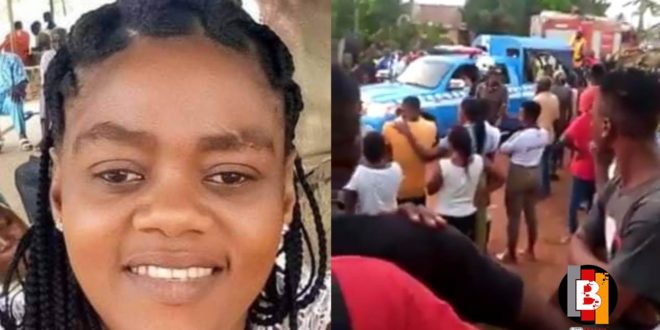 A married man has reportedly set himself and his sidechick on fire after she reportedly refused to accept his proposal.

according to reports coming from Nation newspaper, a 40-year-old married man identified as Nicodemus Nomyange set himself and his sidechick, Shinenege Pam, on fire because she refused to accept his marriage proposal.

from reports, Nicodemus is a married man with kids and Pam rejected his proposal with reasons that he is married, and aside from that, she wants a single and young man.

reports also state that the married man went to Pam’s house on Saturday evening and set her and himself ablaze after locking up the apartment.

Palm died on the way to the hospital while the married man died at a spot, of which Kate Anene, the Benue Police spokesperson has confirmed the incident.